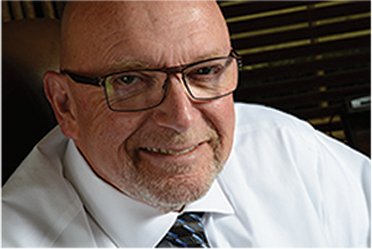 Rick Rodell, the company’s founder, has been Chairman since October 2002.  Mr. Rodell started his transportation career with the Illinois Central Gulf Railroad in Chicago, Illinois and held various sales and management positions in different locations.  He started R. J. Rodell and Associates, a sales and marketing company representing various transportation companies in intermodal, trucking and boxcar shipments in 1977.  He purchased Manufacturers Consolidation Service, one of the companies represented, in 1990 along with a partner.  He was President/CEO until 1997, when he sold his interest and founded Cornerstone Systems.

Mr. Rodell is a former member of VISTAGE (originally known as TEC…The Executive Committee), an international association of Chief Executive Officers. He is also a member of The Global Leaders, an organization of Chairman and CEO’s world wide. Two of the companies he has led have reached the finals of the Memphis Business Journal’s Small Business Award.  He has also been a finalist for the Memphis Business Journal’s Chief Executive Officer Award, and was named 2011 Transportation Clubs International Person of the Year.  He is a past Chairman of the Intermodal Conference of the Transportation Intermediaries Association as well as a former board of director for TIA.  The Governor of Tennessee, for service to his community and state, has also recognized Mr. Rodell as a Tennessee Volunteer.  He currently is involved with various charitable organizations including Alois, (Alzheimer’s), The Forsaken Children in Ethiopia, Leadership Training in Afghanistan, Mission to the World, Youth Villages, Salvation Army, Coaching for Literacy, Rise to Read, and has started supporting Charter Schools in the lower income areas of Memphis.

He collects quotes and examples of the law of unintended consequences, reads voraciously and spends most weekends in the summer at their lake home.  He has been married to Karen Rodell for 35 years, and has one son working at Cornerstone and one in the music business.  He has five grandchildren, four girls ranging in age from eight to one getting her Master’s Degree at the University of Florida, and to any man’s delight, a grandson 6 years old that always wants to know where “Papa” is. If Papa isn’t home or at the lake he is most likely at his farm.